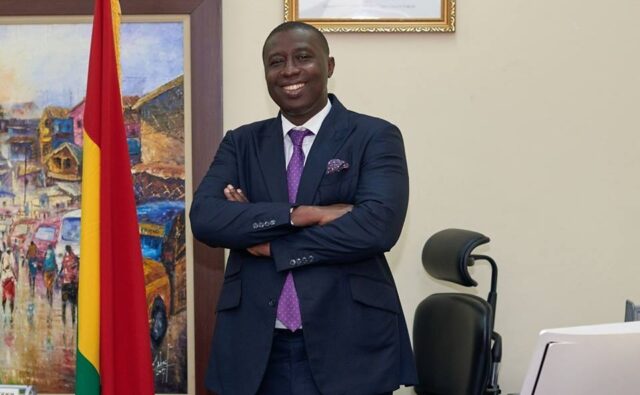 Patrick Yaw Boamah is a Ghanaian politician and a lawyer belonging to the New Patriotic Party. He is the NPP member of parliament for Okaikwei Central constituency in the Greater Accra region of Ghana.

Patrick Boamah hails from Mourso-Effiduase in the Ashanti region of Ghana. He was born on September 19, 1974.

He obtained his LLB in 2004 and Masters Degree in International Affairs in 2005 from the University of Ghana. Patrick then furthered at the Ghana School of Law and was called to the Ghana Bar in 2009.

He was a full time lawyer by profession before venturing into politics. Interestingly, he was an Associate at the Sam Okudzeto and Associates Law Firm.

Patrick was re-elected at the 2020 polls to represent his constituency for a third consecutive term. He serves on the Finance, Standing Orders and Appointments committees of parliament in the 8th parliament of the 4th Republic.

Patrick Yaw Boamah was appointed in September 2021 by Nana Addo as the Board Chair of Ghana Water Company Limited. He initially served as the deputy minister at the Ministry of Sanitation and Water Resources in Nana Addo’s first term.

Yaw Boamah is happily married and is blessed with two children.