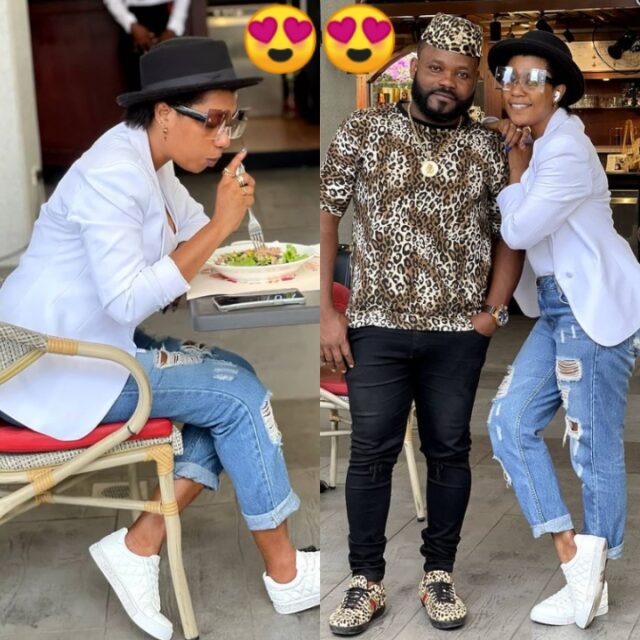 Praye Tietia, formerly of Praye Music Group has sent a message  to only Married Men after taking her wife out on a date for the first time after rumours of pregnancy.

The celebrity couple ie. Praye Tietia and Selly Galley have being married for some time now but for some reasons do not have a child of their own. Due to that, some fans at a point even suggested the beautiful Selly Galley was barren. However, there were rumours of she being pregnant and all that just a couple of days ago.

READ ALSO: Shatta Michy Is Off The Market As She Teases Fans With Her Secret Boyfriend. [Photos]

How wrong we were as for the first time after the rumours, the two were out on a date with a message from Praye Tietia to Married Men Only.

Praye Tietia’s advise to Married Men Only was that married men should make it a habit to take their wives on a date at least once or twice in every month as it helps in refuelling marital bond.