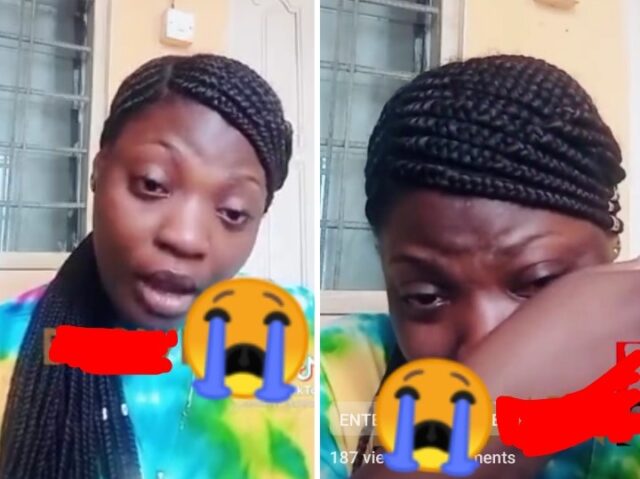 Tears flow as the voluptuous Shemima finally announces her break up with Ali.

READ ALSO: Bella Of Date Rush Shows Off Her New Boyfriend In Loved Up Photos.

TV3 Ghana’s date rush show may be over for now but the consequences of participating in the show is still manifesting. Shemima caused a whole lot of traffic online when she went on the show due to her huge backside and then went on a date with Ali.

Their relationship looks to be one that was destined to last. However, from Shemima’s latest revelation, it seems it’s over between the two couples.

She could not hold her tears as she let it all out.

According to her, she has regretted ever going on the date rush show in the first place. She recounts how the alleged girlfriend of Ali keeps threatening her on phone to leave Ali alone.

Although she looks sad and teary in the video, netizens believe she is only acting just so she can be in the news.