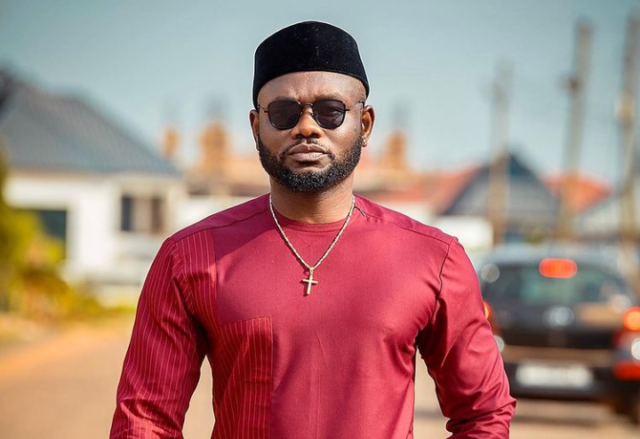 Prince David Osei is a Ghanaian movie actor, model, producer, director and a philanthropist. He is one of the top ghallywood stars at the moment featuring in over 120 movies playing key roles in most of them.

He is a strong NPP supporter who campaigned massively for the party in the 2020 general elections alongside some other stars.

Read along for the full biography of Prince David.

Prince David had his primary education at De’ Youngster’s International School in Accra where he obtained his First School Leaving Certificate.

He had his secondary education at Accra High School. From there, she continued to the University of Ghana Legon where he studied Sociology and Theatre Arts.

Prince David worked briefly in a reputable bank in Ghana after University but resigned to focus on acting. He joined the Ghana movie industry in 2005 and by 2006, he became a regular feature.

He has featured in several Nigerian movies as well playing key roles in them whiles acting alongside the likes of Mercy Johnson, Ini Edo, Omotola, etc.

He is married to Nana Ama Asieduaa and are blessed with kids.

The net worth of the ghallywood actor is not yet known. However, we will update this biography as and when such information is available to us.