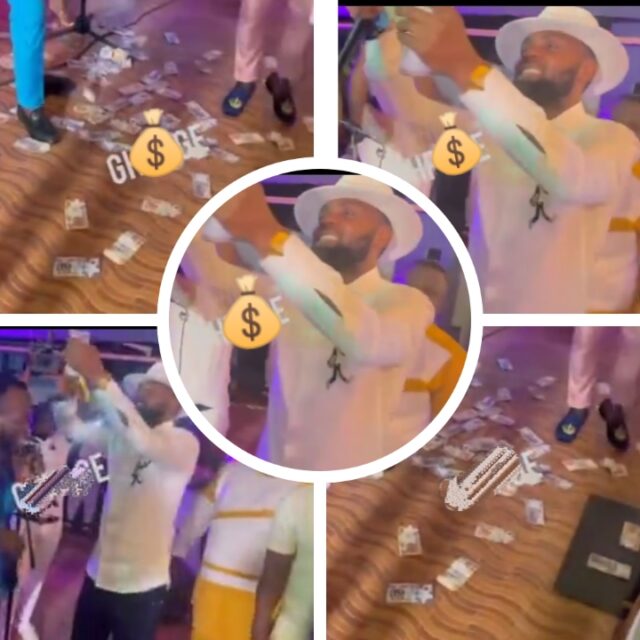 Rev. Obofour has proved times without number that he is one of the richest pastors in Ghana and this time around gave a little show at the birthday party of another pastor.

Rev. Obofour who now doubles as a Chief of Sempe traditional area is known as Nii Gyata Addotey I. Hence when he is not on pastoral duties, trust that he is either performing his chieftancy duties or probably with his family.

Obofour was at the birthday party of Rev. Owusu Bempah last night and proved that “money no be problem” for him.

He attended the party with his beautiful wife Obofourwaa and joined Akwaboah on stage whiles he was performing to spray some huge amount of cash on him.