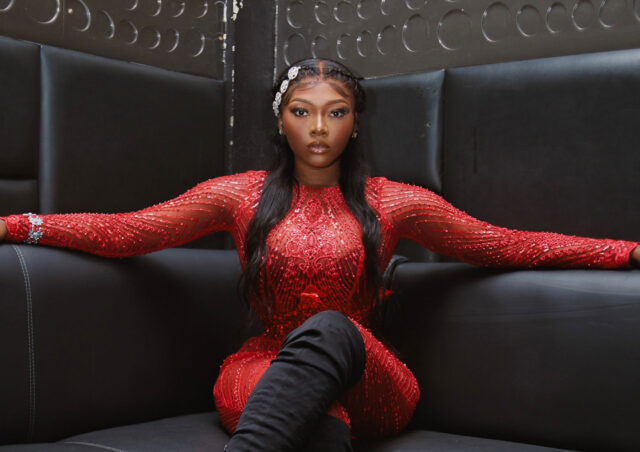 The ‘Echoke’ hitmaker, S3fa has revealed in a latest interview how she handles men who want to help her because they want to bang her.

The issue of men in music or music investors wanting to have s3kz with female artistes before helping them has been there for a very long time now. But the topic was brought to the fore once again after entertainment and political pundit, Kwame A Plus suggested to singer, Feli Nunya that there was nothing wrong in investors wanting to sleep with her in return to bang her.

Since then,  alot of music people have added their voice to it by backing the singer. Asked how she, S3fa handles such an issue, the singer gave an intelligent response that won the hearts of many.

RELATED POST:   S3fa Reveals How She Treats Men Who Want To Help Her In Return For S3kz
”]

In an interview on Kastle FM in a show hosted by Amansan Krakye, Sefa disclosed tht she is a very ambitious person but will never mix business with pleasure. She said she doesn’t Listen to men who tries to say all the sweet things like she being beautiful and all that just so they can have their way around her.

The singer believes things such as her body may fade away some day, hence if you love her because of that then she isn’t going to listen to you.

She says she is focused on her career and will allow her talent and music donthe talking as she always yearns to release good music for her fans.