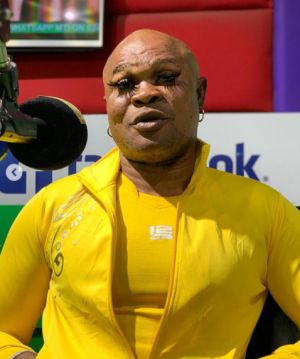 Popular Ghanaian boxer Braimah Kamoko alias Bukom Banku has being hit with an unfortunate news in the early hours of Thurday.

The former host of Bukom Banku Live on GHOne TV in an earlier interview today on Asempa FM said he was heading to Koforidua and that he has lost his mom. According to the boxer, her mom has being very supportive ever since he lost his dad at an early age but has being battling an illness for a while now.

Her sad demise occurred in the early hours of Thursday May 20, 2021.

RELATED POST:   "I haven't Had Water In My House Since December But Ghana Water Still Bringing Me Bill"- Kwaw Kese Cries Out