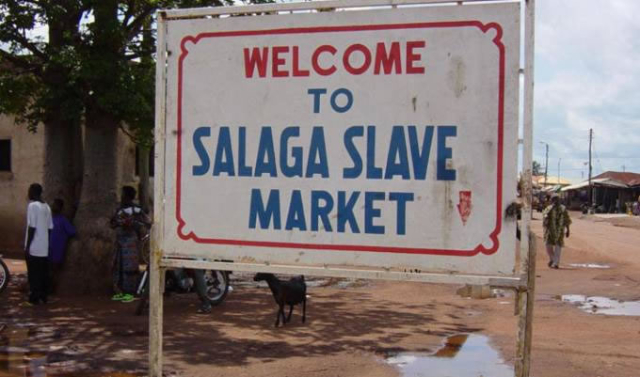 Slavery was very common in many parts of the world some decades ago including Ghana. And one of the places where trading of slaves took place in Ghana was the Salaga Slave Market.

Human beings were traded in markets as if they were groceries or vegetables and in this article, I’m going to provide you with all the history you need to know about the Salaga Slave Market.

History Behind The Salaga Slave Market

The Salaga Slave Market was initially a top market place in the East Gonja District in the Northern Region of Ghana right from the 16th century. Popular commodities/goods that were traded in the market at the time were; beads, Kola, gold, animal hides, textiles etc.

RELATED POST:   Mount Afadja (Afadjato) - All You Need To Know

However, colonialism happened and then trading of humans became the order of the day in the market hence eventually becoming a Slave Market. Persons from Northern Ghana ie. Upper East, Upper West and the Northern region were deemed as suitable candidates for slavery and were hugely targeted for slave trade.

Goods today have more value in terms of price tag than slaves were in those days as humans were exchanged for items such as mirror, kola, cowries, etc.

Persons who have been captured and ready to be sold are brought to the Salaga market located in East Gonja District in the Northern region of Ghana where the slave masters (foreigners) bargain for these slaves as if they were vegetables. The slaves were taken to bathing sites nearby where they take their baths and apply shear butter on themselves so they can look presentable before taking them to the market.

The market played a critical role in the Trans-Atlantic slave trade. Slaves were usually transported from the Salaga Slave Market to southern Ghana so they can be exported by sea abroad. It was also used as an outpost for moving slaves along the Trans-Saharan routes.

As is typical of Ghanaians, such a monumental place has been poorly managed and leaves much to be desired. For a slave market as popular as this to be poorly managed like this is unacceptable.

RELATED POST:   Atwea Mountains - All You Need To Know

For starters, we are talking about undoubtedly the biggest slave market in West Africa and to think that all that has become of it is just an old sign board standing in the middle of the bus stop is a shame.

The road to Salaga is a dirty dusty road full of potholes that will definetly discourage persons who may want to visit the site. Also, the area where slaves were mass buried because there were no graves for them is now occupied with refuse and faeces.

Tourists, historians or foreigners who trace their origin to Ghana and the Slave market will be disappointed if they visited the place in its current form.

In conclusion, the slave market that has seen over thousands of slaves being traded  is gradually becoming a forgotten site in the history of Ghana.