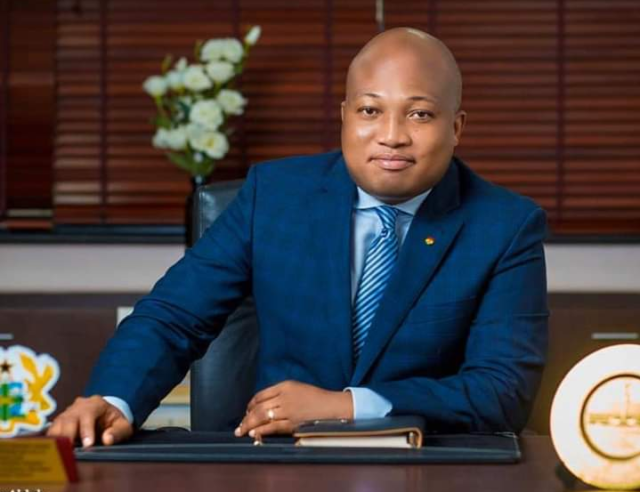 Samuel Okudzeto Ablakwa is the NDC member of parliament for North Tongu Constituency. He became a deputy minister under former President John Evans Atta Mills the same year he became an MP.

Okudzeto Ablakwa was very active in student politics hence didn’t have much difficulty in transitioning into mainstream politics.

He was named after his father, Samuel Awuku Okudzeto a former former lawyer and politician.

Okudzeto was born on August 11, 1980 in Aveyime-Battor. He is 41 years old at the time of writing this biography.

Okudzeto Ablakwa had his secondary education at Presbyterian Boys Secondary School where he served as Vice President of the Scripture Union.

He furthered at the University of Ghana and graduated with a Bachelor of Arts in Political Science and Philosophy in 2006. He obtained a Master of Arts in Communication Media and Public Relations from University of Leicester.

Okudzeto Ablakwa also holds a Certificate in Leadership from the Harvard Kennedy School of Governance, USA. He also holds a Master of Science in Defence and International Politics from the Ghana Armed Forces Command and Staff College.

Okudzeto started his politics very early. He was President of the National Union of Ghana Students (NUGS) in 2005/2006.

He was a member of the Committee for Joint Action (CJA) a pro-masses pressure group. Okudzeto is an Accredited Member (APR)of the Institute of Public Relations (IPR),Ghana

Okudzeto joined mainstream politics not long after he graduated from University. He contested and won the NDC North Tongu parliamentary primaries in 2008 to represent the party at the general elections.

He won the seat in the general elections at his first attempt in 2008 at the age of 28 and has retained the seat since then.

Okudzeto is currently the Ranking member of Parliaments Foreign affairs committee. He resigned earlier this year from the appointments committee for personal reasons.

Okudzeto Ablakwa is married to a lawyer by name Nuhela Seidu. They are blessed with two lovely kids ie. a boy and a girl

The net worth of the MP is currently under review.