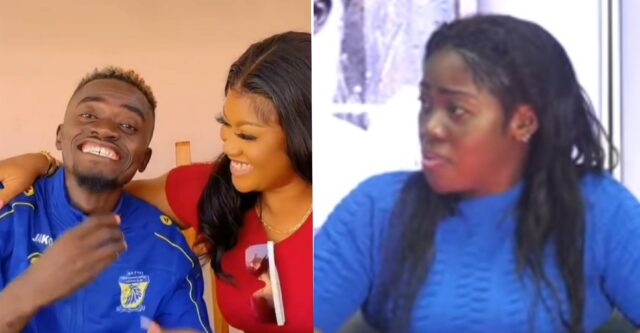 Kumawood actress, Sandra Safo Ababio has been exposed by the ex-wife of Lil Win for sending her [email protected] photos to the actor when she was with him.

After the actor got married to his second baby mama over the weekend, there have been alot of controversies surrounding him and his past. Just a few days ago, his first wife, Patricia revealed that Lil Win still sneaks away from his first wife to bang her.

And now, she has granted another interview in which she makes another set of revelations. According to her, it was Sandra Ababio who destroyed their union with her witchcraft.

She recalled how the actress used to send her [email protected] photos to Lil Win even though she was with Lil Win and dared her to swear an oath if she hasn’t slept with Lil Win before.

Patricia added that she is happy Lil Win married Maame Serwaa instead of Sandra because it would have really pained her if he had married her instead.