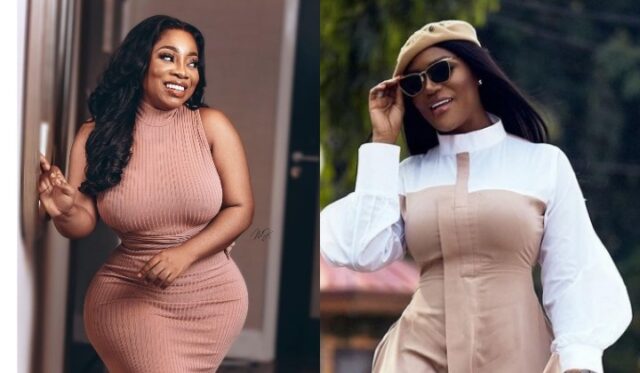 Celebrity lawyer, Sandra Ankobiah has finally reacted after Moesha Boduong revealed some secrets about her online a few days ago.

You may recall that we reported about Moesha Boduong’s apology to Sandra Ankobiah in which the former made mention that they both slept with men for money.

Well, it took over 48 hours for the celebrity lawyer to respond to her and it’s a simple and matured reaction for that matter.

So as usual, Sandra Ankobiah posted this photo above on her instagram page which received alot of comments from her followers. However, the one that caught our attention the most again was Moesha Boduong’s comment where she was still calling Sandra her in-law and telling her about how God loves her.

But it seems Sandra Ankobiah couldn’t hold back any longer as she finally responded to her “in-law” Moesha Boduong.

Sandra Ankobiah simply told her “I love you too my dear, but please get off social media and seek help.”