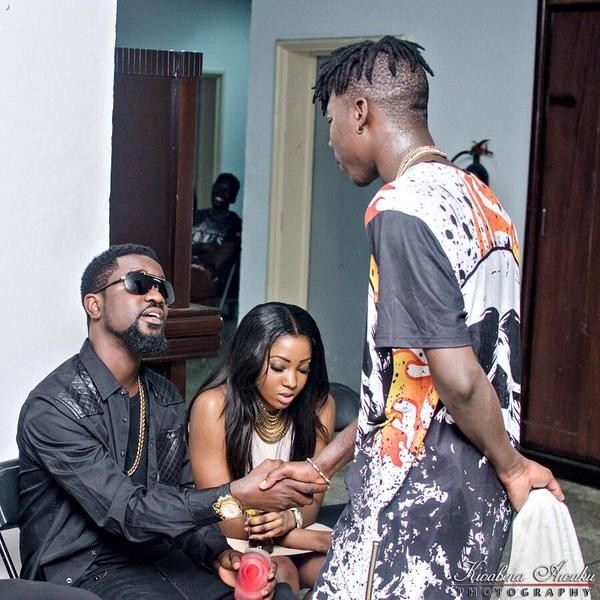 Sarkodie has opened up on his current relationship with the CEO of burninton music group after a year of rumours of a beef.

READ ALSO: Kidi Finally Explains Why He Lost Artiste Of The Year Award At The VGMA’s.

Its been almost a year since the relationship between the two music greats appeared to have turned sour whiles preparing for Sarkodie’s Black Love Concert in 2020. The course of it was when an angry Stonebwoy allegedly beat up Angel, the manager of Sarkodie.

His actions lead to Sarkodie removing him from the list of artistes billed to perform at the concert and later made a press release to discuss the issue.

However, fast forward to 2021 and fans are still wondering what their relationship is like. Hence while Sarkodie was on his nationwide media tour earlier today on HitzFM to promote his No Pressure Album, host of the show Andy Dosty asked him about his relationship with Stonebwoy.

When it is time for me and @stonebwoyb to have a conversation, it will happen organically. When he tweeted my album, I retweeted and appreciated it. – @sarkodie #DaybreakHitz #NoPressureAlbum

According to Sarkodie, “when it is time for me and Stonebwoy to have a conversation, it will happen organically. When he tweeted my album, I retweeted and appreciated it”

Fans from both music greats can only hope that they settle this issue once and for all so that can come out with more bangers.