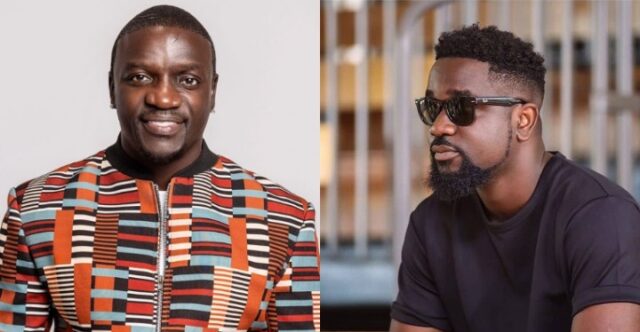 Legendary Senegalese-American singer, songwriter, producer and entrepreneur has revealed that rapper Sarkodie was the first Ghanaian artiste he signed but he couldn’t control him.

Aliaune Damala Badara Akon Thiam popularly known as Akon was on Twitter Influencer kalyjay’s Twitter Space last night for a question and answer session where he later linked up with Camidoh.

Akon revealed the plans he had for Sarkodie at the time he signed him years back. However, his inability to reach out to Sarkodie when he needed him because the rapper was more focused on conquering Ghana is why they had to part ways.

He revealed that he wanted to make Sarkodie an International artiste, alot bigger than he is now but it appeared Sark wasn’t ready for that.

He said “we had plans of making Sark much bigger but I think his target at the time was to focus on Ghana, which I think has worked for him” “however, he would have been a bigger and a global artiste he (Sarkodie) had worked with them.

Akon also lamented how he and his team were unable to control Sarkodie at the time and was wondering if it had anything to do with the team he had around him at the time.