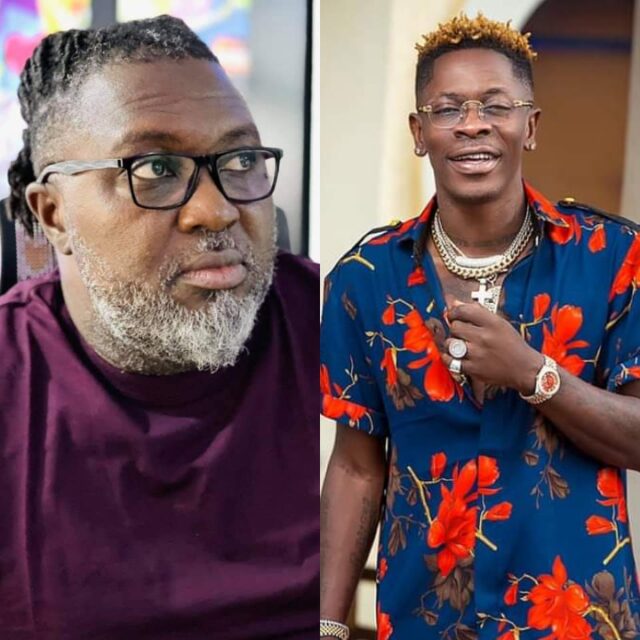 “Book Sense no be street sense” were the words of Shatta Wale as he comes to the defense of Hammer.

The incident that took place on the United Showbiz Show over the weekend is one that is receiving lots of commentary from both industry players and fans alike.

So you may recall that after the Show on Saturday, Legendary music producer Hammer disagreed with those bashing Shatta Wale in a lengthy post he made on facebook right? Well it appears not alot of people are comfortable with his stance and he has received some shades from Arnold Asamoah Baidoo himself and other pundits as well.

However, Shatta isn’t going to keep quiet on this and has come to the defense of Hammer as he throws some shots at his critics in a post he made on facebook. His post reads “A whole da’ Hammer who has raised artiste from scratch to stardom is talking and Nitwits are also shouting.. Total disrespect! Come show us which artiste you people have projected like this man!!  Shame on you all..

Bitterness brings disrespect if you don’t know. Book Sense no be street sense! 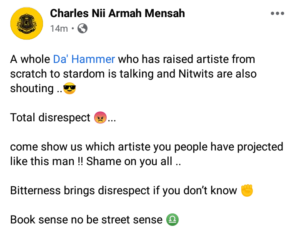