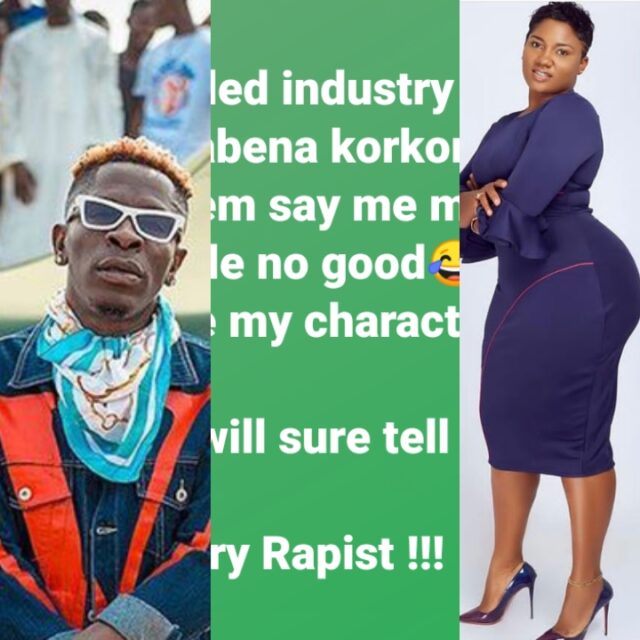 Charles Nii Armah Mensah popularly known as Shatta Wale has hit back at critics once again following his outburst with Arnold on United Showbiz over the weekend.

The self acclaimed dancehall King was invited as a guest on UTV’s United Showbiz show hosted by Nana Ama McBrown to sort of discuss his recent “State Of The Industry Address”. He was joined by Arnold, Halifax and Kofi Asamoah but his main foe on the night was Arnold and you all know why by now. (haha)

For a very long time, he (Shatta Wale) has been tagged as a rowdy person or the loud mouth in the industry. However to him, he isn’t going to allow any industry player to make him timid or restrict him from doing what he does best.

The dancehsll King doesn’t seem to be keeping quiet anytime soon and has hit back at his critics once again in a post he made on facebook last night while the date rush show was ongoing. (haha)

The post reads So called industry deh chop Abena Korkor 1 by 1 and dem say me my lifestyle no good😂 dem no like my character😂😂” Time will sure tell la! Industry rapist!!!” he concluded. 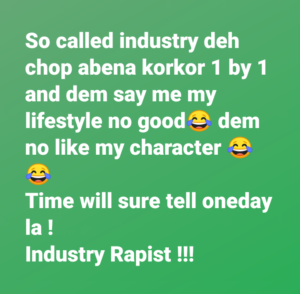