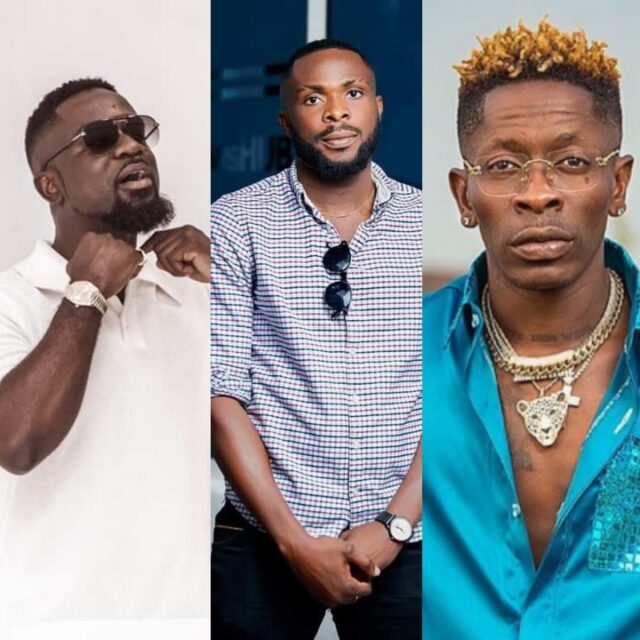 According to entertainment pundit and journalist Ricky Rick, the only Ghanaian artist who makes clean money from music is Sarkodie.

Following the events that took place this weekend on the United Showbiz show, some industry players have come out to voice out their opinions concerning the matter. One of such people who disagrees with Shatta Wale is Ricky Tenneson who according to him Shatta Wale is not the kind that should be studied as being a successful musician.

The journalist, pundit and social media commentator has hit back at those who say “Shatta get money, Shatta get money, and other musicians need to “study” him because he’s an epitome of a successful musician. “Or now you people want make we begin to expose how some of these talents make their money?.. The BLACKMAILS, Extortions, Slush Funds, money laundering, money rituals, credit card fraud?? He then ended by saying ” The only Top-tier Ghanaian artist making “clean money” from his music/brand is Sarkodie periodt!!

These are wild allegations from the entertainment pundit and it will be interesting to see how these Artists respond to his allegations and if he has any evidence to back his claim. 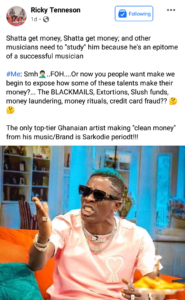