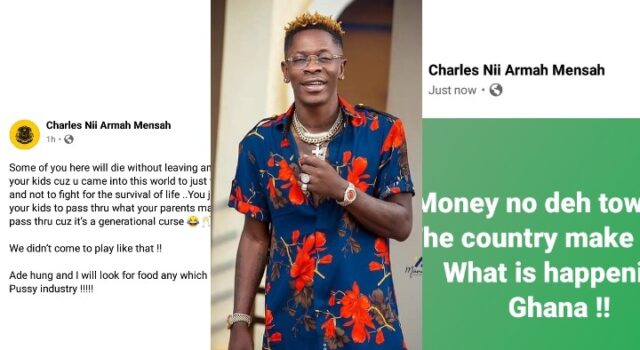 Self acclaimed Ghanaian dancehall king, Shatta Wale may be hinting he is going broke in these posts he made just today and observers are worried.

So what caught our attention today about the dancehall King was these two posts he made today on his facebook page. In an earlier post, he threw some shades at his critics saying “some of you here will die without leaving anything for your kids cuz u came into this world to just talk sense and not fight for the survival of life.. You just want your kids to pass thru what your parents made you pass thru cuz its a generational curse. We didn’t come to play like that!! Ade hung and I will look for food any which way!! .

The main focus here is the last line ie. “Adey hung and I will look for food any which way”. These are words of a desperate person who intends to make money through whatever means possible and hence seeing them come from Shatta Wale is worrying. Could that be the reason why he takes advantage of every situation to come up with what some say are “Konko songs”? Typical example of looking for food any which way is his latest song titled “Shw3″. 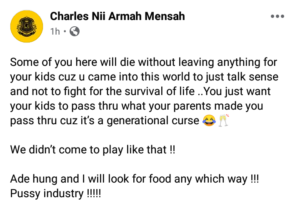 He again made another post just this afternoon about how hot Ghana is and that money no dey town. His words were ” Money no deh town oo. The country make hot.. what is happening Ghana!?

The question is,  why will someone who said he is the richest musician in Ghana and even dashed Nana Ama McBrown $500 over the weekend be complaining of money? 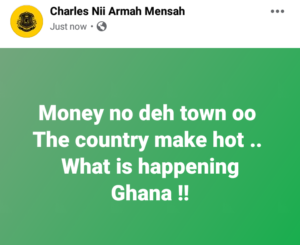 Could it be that he isn’t as rich as he claims or he is speaking for the “streets” as he normally puts it? Well we just hope he isn’t going broke like others are thinking and releases his GOG album soon.

Alabi - May 24, 2022 0
Yaa Jackson has shared a photo of her look-alike mother for the first time online and fans can't stop talking about their resemblance. Indeed Yaa...