The Church of Pentecost led by their Chairman Apostle Eric Nyamekye commissioned an ultramodern prison Facilty at Ejura yesterday. The facility has subsequently been handed over to government recieving mixed reactions online.

For such a kind gesture by the Church, one would have thought that the citizens will all be glad about it. However, that doesn’t seem to be the case as some netizens appears not to see the need for such a Facilty. There have been mixed reactions on twitter in particular with some tweeps against the idea of the church building a prison.

Take a quick look at some tweets made by netizens regarding the Ejura Prison. 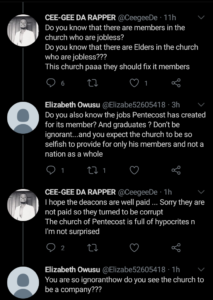 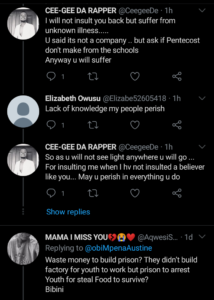 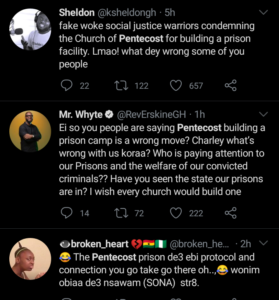 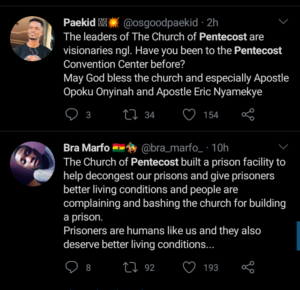 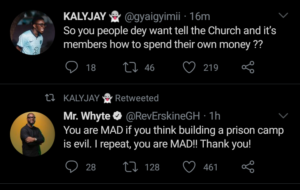