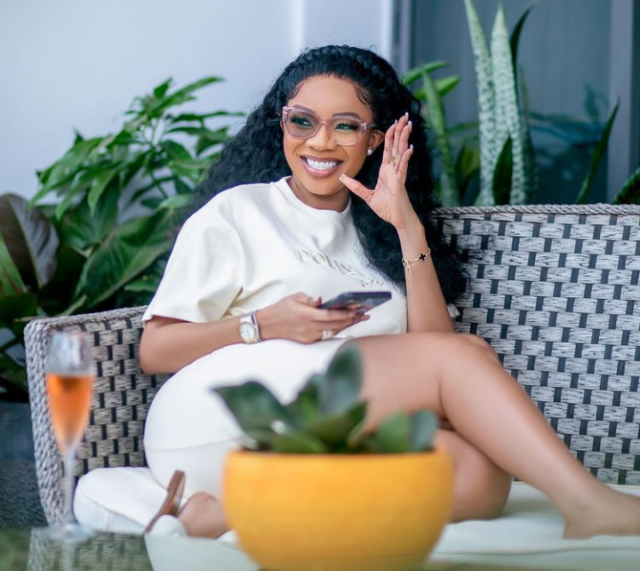 Serwaa Amihere is a Ghanaian ace journalist with GhOne TV. She is a news presenter and co-host of the stations morning show. Serwaa is a multiple award winner and recently took home another award at the 2021 Radio Television Personality (RTP) Awards.

Serwaa was mentored by a senior journalist, Nana Aba Anamoah. This explains why and how she has grown so fast in the media space over the past few years. Unfortunately, she remains one of the journalists who are always abused online due to the nature of her work.

Serwaa Amihere is the eldest daughter of Frank Yeboah and Lydia Tetteh. She was born on March 8, 1990 (31 years). She had her secondary education at Yaa Asantewaa Secondary School in Kumasi and continued to Methodist University College to study Banking and Finance.

Serwaa started her journalism career at GhOne TV as the producer for current affairs show “State of Affairs” hosted by her mentor Nana Aba Anamoah. But today, she is one of the leading news anchors on GHOne TV and in Ghana as a whole.

She is the first Ghanaian journalist to win Best TV Newscaster of the Year 4 times in a row at the RTP Awards.

Serwaa Amihere made headlines some few months back when a faceless snap chat account alleged she was sleeping around with some “big men” for money. These allegations came few days after Abena Korkor claimed Serwaa Amihere was sleeping with John Boadu and Sammy Awuku.

However, Abena Korkor later apologized for her comments and blamed it on her bipolar disorder.

Serwaa was also alleged to be a born 1 after she lied in one of her instagram live videos that she had a child. Well, truth is that that child is her younger sister’s daughter.

There were rumours in the past that she was dating musician King Promise. However, they have both denied such rumours anytime they are asked.

She is not yet married as we speak but has confessed recently that she has a boyfriend although she never gave any details about him.

The networth of the ace journalist is currently under review. We will update this article as and when we have her actual Networth.

However, considering the kind of luxurious lifestyle she lives, it’s clear she is quite rich.