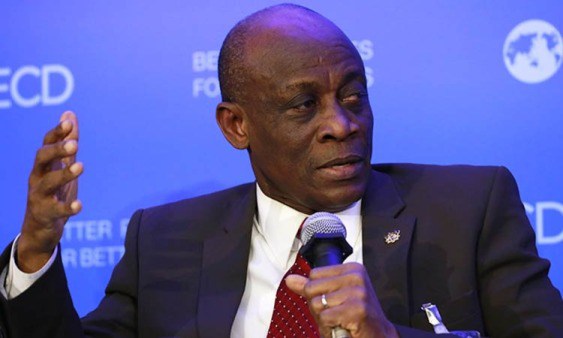 Seth Terkper is a Ghanaian Chartered Accountant and politician belonging to the National Democratic Congress (NDC).  He served as the Minister for Finance under President John Mahama from 2013 to 2017.

Born Seth Emmanuel Terkper in Somanya in the Eastern region of Ghana. He had his Elementary School education in the Presby cluster of schools.

He holds a first degree in B. Comm from the University of Cape Coast in Ghana. Seth is a Chartered Accountant as well and holds a MPA degree from the Kennedy School, Harvard University.

Seth Terkper worked in the Fiscal Affairs Department of the IMF between 1999 and 2009 where he rose to become a Senior Economist. Before that, he worked as National VAT Coordinator and Deputy Commissioner in the National Revenue Secretariat MOFEP and revenue agencies in Ghana. He was instrumental in the introduction of Value Added Tax (VAT) in Ghana.

Seth Terkper was a Deputy Minister for Finance and Economic Planning from 2009 to 2013. During that time, he worked mainly on the Budget and Medium-Term Expenditure Framework (MTEF) and on revenue policy and administration.

He later became the substantive Minister for Finance and Economic Planning in 2013 under President John Mahama.

Terkper has been part of and participated in leadership positions in local government (including membership of the Yilo District Assembly), social, religious, and student bodies.

He published a book on VAT in 2011 and continues to have keen interest in research, publications, reviews and teaching.