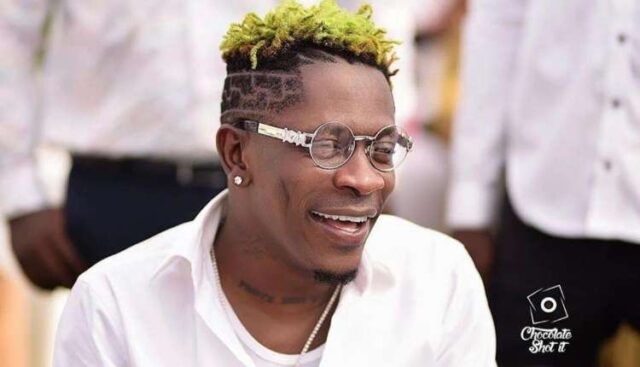 Shatta Wale is a popular Ghanaian reggae dancehall artiste who calls himself the “Dancehall King”. He is the CEO of Shatta Empire and tags himself as the richest musician in Ghana.

Although he commands a huge fanbase in Ghana, he is also widely “hated” or misunderstood by many due to his controversial nature. However, aside his controversies, or what you see and hear online, how well do you know the “Dancehall King”?.

Read along to know all that there is to be known about Shatta Wale in the subsequent paragraphs.

He had his basic education at Seven Great Princess Academy in Dansoman, Accra where he developed the love for acting. He featured in the popular drama series, By the Fireside at the National Theatre whiles at Seven Great.

Shatta then continued to Winneba Secondary School for his secondary education.

He started his professional music career in 2004 with his hit single titled ‘Moko hoo’ which received a nomination at the Ghana Music Awards. His stage name at the time was “Bandana” until he went on a long hiatus to better his craft. And guess what, he came back with a banger but this time with a different stage name which is what he still uses now.

He has worked very hard to release several hit songs since he returned from his hiatus around 2012/2013. Till date, many believe he forced a ‘beef’ with Samini who at the time was the reigning dancehall artiste in the country just so he can be in the news.

He has since beefed other artistes like Stonebwoy, Sarkodie, Yaa Pono, Pope Skinny, Burna Bwoy etc. However, despite his numerous beefs and misconceptions many have about him, he has managed to stay on top in the Music Industry for many years.

He has featured several top artistes both local and international. But his major feature was his collaboration with Beyonce titled “Already” which received a Grammy nominations.

Shatta Wale is a multiple award winner with awards from top award schemes both home and abroad. Some major ones include;

Shatta is not married, neither do we know whether he has a girlfriend or not. His relationship with Shatta Michy ended in separation some few years ago.

However, he had a son called Majesty with Michy.

He recently claimed on social media that he has been taken for granted in his past relationships hence could be the reason why he is still not married.

He calls himself the richest musician in Ghana and always brags about his cars, houses and other properties. However, his actual net worth is not yet known.

We will update this biography as and when we get information about his net worth.