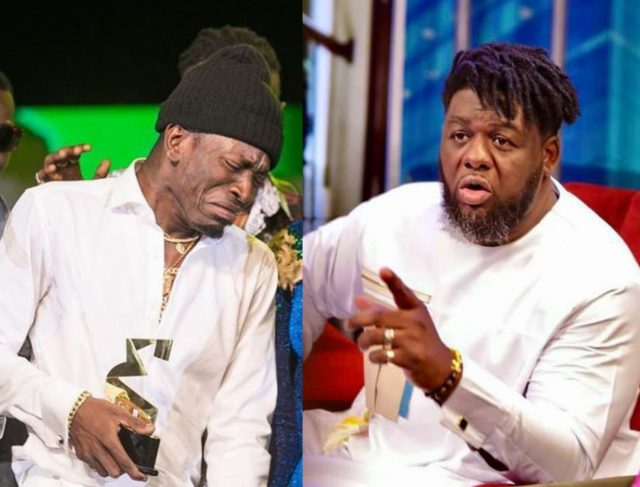 Popular Ghanaian artiste manager, Bulldog, who happens to be the former manager of dancehall artiste Shatta Wale has revealed how his former artiste cried like a baby when they were together.

A couple of years ago, Bulldog was arrested in connection with the murder of Fennec Okyere, who was the manager of Kwaw Kese at the time hence had to spend about a month behind bars.

So speaking in a recent interview with Adom FM, Bulldog opened up about the whole experience and how Shatta Wale cried like a baby when he saw him behind bars.

He said “Shatta came to visit me because he hadn’t visited me in two weeks. I was telling them not to come around and all but then there was one day when Shatta said, no way, he was going to come.

READ ALSO: I Can’t Send Myself To The Lion’s Den – Michy Scared Shatta Wale Will ‘Eat’ Her

When he came, I was behind the counter and he stood in front of the counter. So when you’re called, you will go and check: peeping to know who is looking for you. It’s called ‘catching 11’.

When I peeped to see him, he immediately started crying. He cried like a baby which made me teary too”

He added that “I slept in the cells for a month. If you’re going to court, you are handcuffed and that’s the only time you’ll see the sun. It was there that I remember crying.

There was one day, but the tears didn’t drop. If it dropped, I would have been disturbed. I had tears in my eyes”