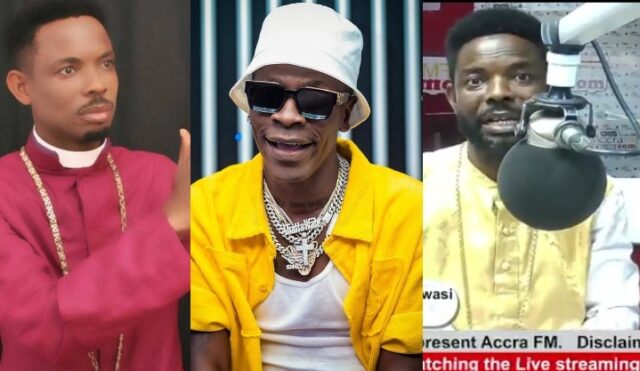 Another wild prophecy coming in from a man of God who claims he sees a popular Ghanaian dancehall artiste being shot dead in October this year.

Founder and leader of New Life Kingdom Chapel International, Bishop Stephen Akwasi Appiah has got Ghanaians talking after what he said in an interview he had with Nana Romeo on Accra FM.

According to the man of God, he had a revelation that involves the shooting and killing of a popular Ghanaian dancehall artiste this year. He made reference to the murdering of legendary reggae artiste, Lucky Dube who was shot dead on October 18, 2007.

He claimed that same thing is going to happen to a Ghanaian dancehall artiste on 18th October 2021.

Pressed by the interviewer to mention the name of who he was talking about, he said all he sees is Charles. Which then leaves us with no other person in mind but Shatta Wale.

As to whether his prophecies are indeed from God or will come pass is yet to be seen. However, it is worth reminding you that he is the same man of God who prophesied on 31st December 2018 that Rev. Owusu Bempah and Archbishop Duncan were going to die in 2019.

Make of it what you will.