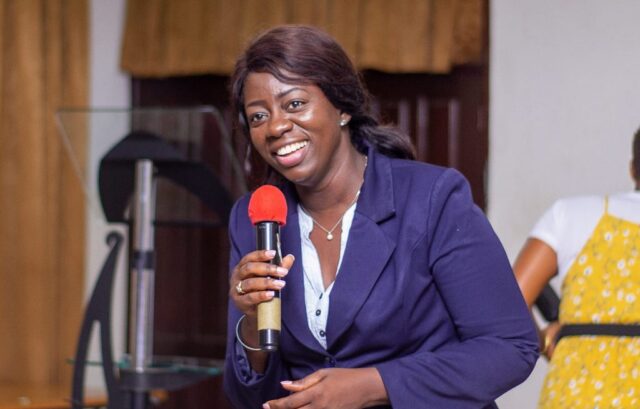 Sheila Bartels is the NPP member of parliament for Ablekuma North Constituency and also is an entrepreneur. In 2021, she took over the seat (Ablekuma North) her father vacated in 2009. She is from a political home hence entering politics wasn’t so difficult for her.

Sheila is the daughter of Kwamena Bartels who was the MP for Ablekuma North from 1997 to 2009. She was born Sheila Penelope Bartels on September 3, 1975 and hails from Gomoa Assin in the Central Region of Ghana.

Sheila has worked at several institutions occupying various positions before switching to politics. She was a Lead Consultant at Betorbi Limited, Dean of Studies at African Career Centre, Business Lead at Lexxicon Energy Limited.

She was also the CEO of Platinum Technologies LTD, Managing director at B-Sams Travel and tours, etc.

Sheila contested and won the seat to become MP for Ablekuma North constituency at the 2020 polls. She won with 54,821 votes representing 64.26% of the total votes cast.

She beat off competition from the NDCs Ashley Mensah Winifred and Princess Agyemang Awuku of the Ghana Union Movement.

Sheila Bartels currently serves on the Finance committee and the Works and Housing committee of parliament.