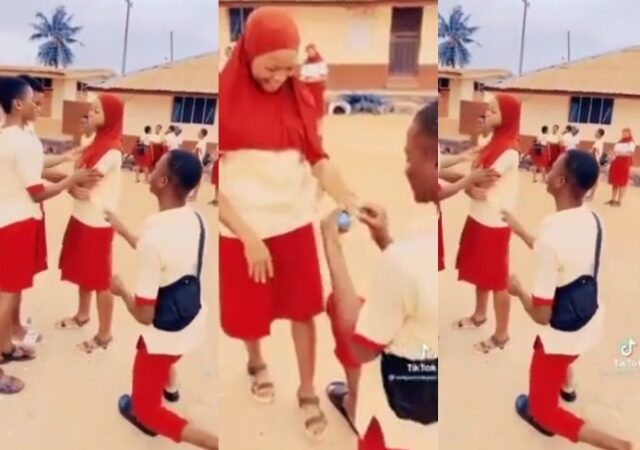 Things are really happening in this generation we find ourselves as a young boy believed to be in senior high school is captured on camera proposing to his girlfriend on her birthday.

Alabigh.com has sighted a viral video making rounds on the internet where a young SHS boy is seen proposing to a female colleague.

The actual school where this incident occurred is not yet known. However, it is believed that it was the birthday of the young girl and the young boy decided to propose love to him.

He did that in an open compound whiles been cheered on by friends gathered around.

RELATED POST:   How To Apply For International Scholarship Abroad