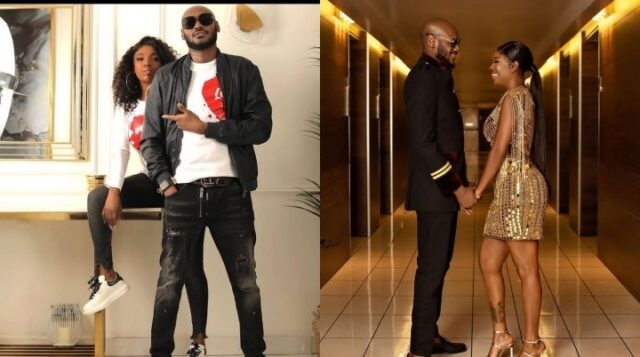 Popular Nigerian musician, 2Face Baba has finally spoken after his wife brought his infidelity issues into the public.

Not long ago, the actress wife of 2Face Indibia, Annie brought to the public their marriage issues.

She complained about how the legendary musician uses his baby mama as an excuse to cheat on her. Annie also blamed the family of her husband for never liking her from day one.

Since she made those comments, there has been alot of commentary from the public and talk of a possible divorce was intensified.

READ ALSO: VIDEO: Lil Win Does His Own Version Of “Glass Nkoaaa” As He Speaks From The Highest Building In Dubai. [Watch]

However, 2Face himself has remained quiet until yesterday when he decided to address the issue once and for all.

He showed his disappoinent in his wife for bringing their marital problems into the public. But was also quick to call for an end to the endless commentaries.

He made this known in an instagram post that reads “I admit that bringing our personal issues on social media was not cool but I will not sit back and watch everybody have a free for all battle here in the name of love or solidarity. None of us is perfect.

I will like to urge our families and supporters to stop the madness and the public to please respect our privacy and our kids. Let us deal with our issues internally. I take God beg una” 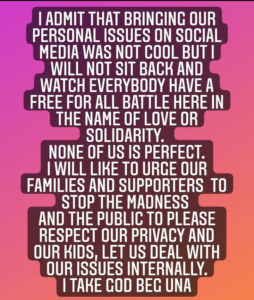 Alabi - September 25, 2022 0
Founder and leader of the Anointed Palace Chapel (APC), Rev. Obofour spotted grinding the huge barka of his wife in a fresh new video...