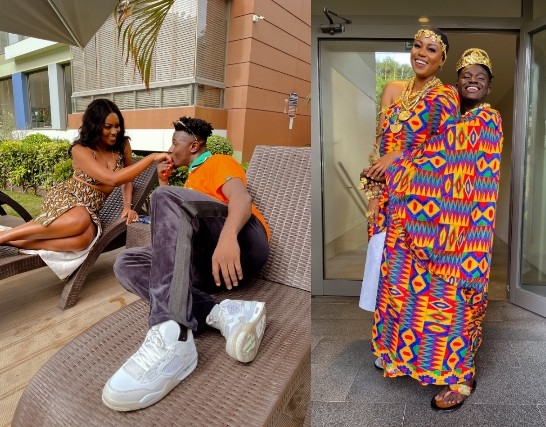 Could this be love? Fans are getting confused as Nigerian content creator Nasty Blaq and Yvonne Nelson flirt with each other online after working together for the first time.

The top Nigerian comedian/content creator touched down in Ghana not long ago and quickly got to work as he filmed a short skit with Yvonne Nelson and Comedian Waris.

What was supposed to be a comedy made an interesting twist as some bloggers decided to twist the story as though the two indeed had children together.

Inorder not to spoil the fun, they have both decided to play along as they flirt with each other on line.

But aside the comedy, could there really be anything between these two?

Yvonne Nelson posted a lovely picture they took on set with the caption “my babies daddy😂😂”. Nasty Blaq then quoted the tweet with “My love we have 7 more to go 😘”

READ ALSO: Maame Serwaa Reveals What She Wants From A Man. [Screenshot]

It didn’t end there though as Nasty Blaq also shared some pictures of his own with the caption “Teach me your ways and I will teach you mine”. As if to say he is really in love with the Ghanaian actress and is ready to settle down with her.

Good thing though is that most fans know it’s only a joke (haha).

Check out some lovely photos of the two below👇👇 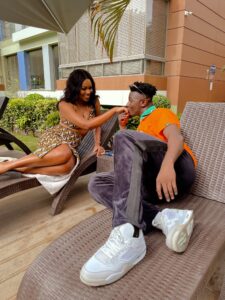 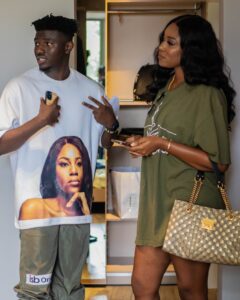 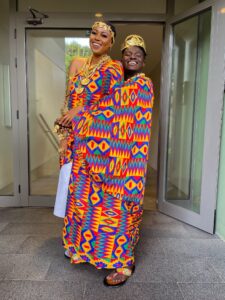 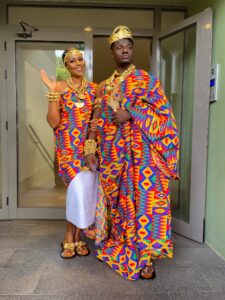 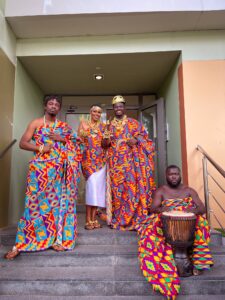