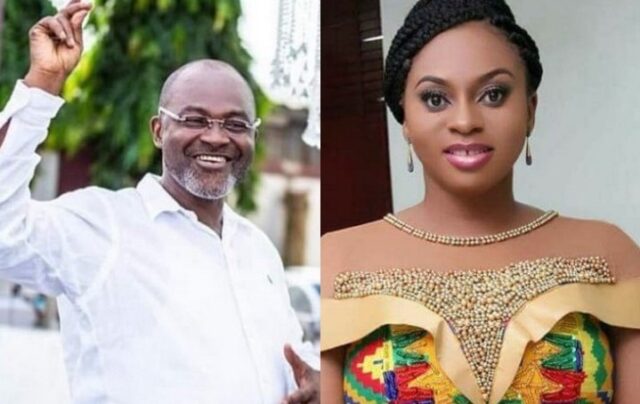 Controversial MP and businessman, Kennedy Agyapong has sent some strong words to the mother of his two children, Sarah Adwoa Safo for allegedly holding the party to ransom.

The MP was on GBC’s Breakfast Show on Monday February 21, 2022 where he lamented that the alleged desire of Sarah Adwoa Safo to be made the Deputy Majority Leader shows how unambitious she is.

He also added that he would be happy if she even loses her seat following her recent conduct.

He didn’t end without blasting her for her presence on Tik Tok and absence from parliament. He said “You don’t come to Parliament and you are on TikTok dancing… Dome Kwabenya is not for your father.”