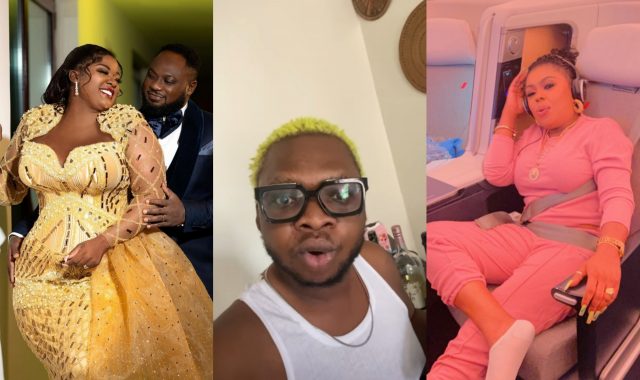 King Tonardo snitches on his long time friend turned enemy, Afia Schwarzenegger in the aftermath of Tracey Boakye’s marriage to Frank Ntiamoah over the weekend.

According to Tonardo, Afia Schwarzenegger went round telling people Tracey Boakye’s new husband is just a mere make up artist in Germany but now claims go be her friend.

Afia Schwarzenegger recently called out Kofas after the wedding saying he is not Tracey’s friend hence has no right to do certain things he did at the wedding.

This action by Afia Schwarzenegger is what baffles Tonardo because he is surprised someone who claims to be Tracey’s friend went round telling people her husband is a mere make up artist in Germany.