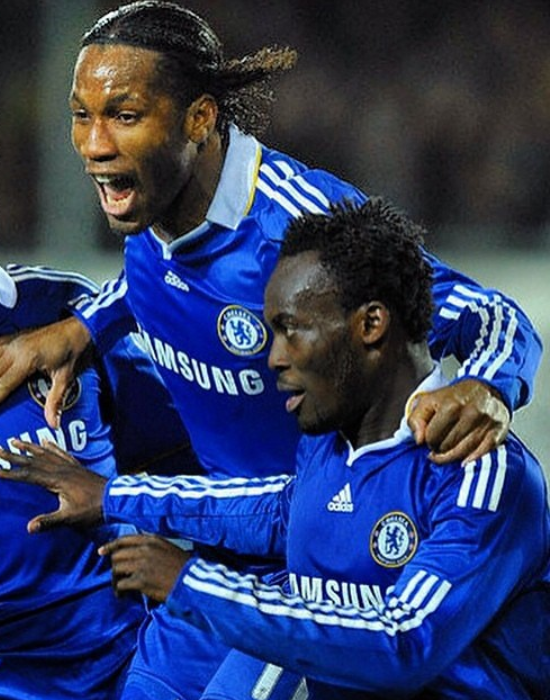 In general, players from Africa may not be up to the levels of those from Europe or the South Americans. However, the continent can still boast of some top African players who were able to make a name for themselves in Europe. Some of whom earned legendary status abroad. The love the fans have for these top African players results in them automatically supporting the clubs they play for.

It is however not surprising to see the amount of Chelsea fans in Africa. That’s simply because of the number of African players who played for the club for several years.

Here is the list of 6 top African players who played for Chelsea that quickly comes to mind.

Didier Drogba was one of the influential players in the Chelsea set up during his playing time. He is also one of the best players to be produced by Africa. His impact at Chelsea was remarkable with three Premier League titles, four FA Cups, two League Cups and a Champions League.

Drogba gained a legendary status at Chelsea before leaving the club. His goal in the Champions League finals brought them to level with Bayern Munich which forced the match into extra time and then penalty shootout which Chelsea won the title.

Michael Essien was brought to Chelsea by Jose Mourinho and spent nine years in west London. Essien was also known as “The Bison”, a defensive midfield guru for the blues during his football career at Chelsea. He was one of the players who were never left out of Jose Mourinho’s squad unless he was injured.

He can also be remembered for spectacular goals from long ranges. Popular among them was his goal against Barcelona in the Champions League.

The Ivorian was the kind of player a club like Chelsea needed. He is unassuming and ready to accept any role in the squad. Solomon Kalou’s career with Chelsea was a remarkable one, wining major trophies to add to his credit.

He spent about six years in club winning a couple of FA Cups, Premier leagues and the champions league in 2012.

Mikel Obi spent 8 years at Chelsea and became one of the top African players to have spent that much time there. Although he wasn’t regarded as one of the best in the Chelsea line-up, his contributions to the team was massive. His time at the bridge proved successful winning the Premier League, FA Cup and the Champions League.

Samuel Etoo is an African great who won several trophies with FC Barcelona and Inter Milan. Although he did not have a long stay with the club, his season with the club was great. He has been among one of the top forwards or attackers in European football during his playing days.

During his stage at Chelsea, he had a record of 11 goals a season. We can all attest to the fact that if he should have joined Chelsea at an earlier stage he would have done greater things for the club combining with Didier Drogba.

Victor Moses initially did not get much playing time at the beginning of his Chelsea career. However whenever he came on, his contribution to the team was a great. It was during Europa League that Chelsea fans saw the best he had to offer in 2012/2013 as Moses scored four goals en route to the final. He enjoyed alot of playing time under Antonio Conte.