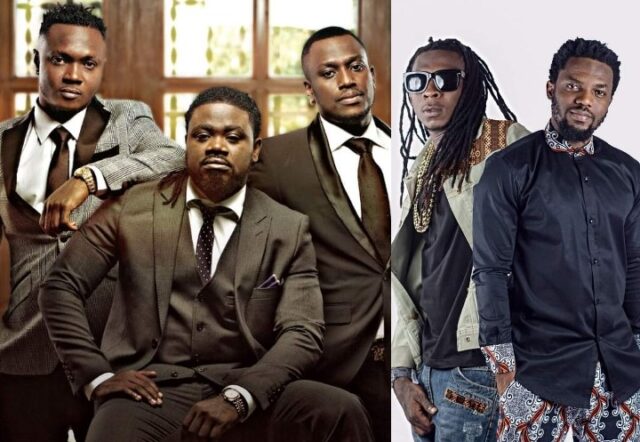 Top Music groups like VIP, Praye, 4X4, R2Bees and Buk Bak will always be remembered for the joy they brought us some years back.  These groups may not be as popular as they used to be but trust me the memories they left in our minds and hearts cannot be quickly erased.

First on this list is 4X4. It is a Ghanaian hip hop musical group formed in the year 2000 by Captain Planet and Coded formerly known as Abortion. And with their real names being Sylvanus Dodji Jeffrey and Russel Edem Avornyo respectively. They had the help of Ronnie Coaches and Bright Bling Sparkles (Buk Bak) in the formation of the group. Fresh Prince later joined the group in 2007 completing the trio.

They have at least four albums to their credit and have also released some great hit singles like HotGirls. Com, World Trade Center, waist and power Etc.

Praye is a music group made up of three gentlemen who adopted the name “Praye” which means broom. It basically reflects their belief that by combining their different talents, they will become a top music group in Ghana and in Africa.

They have released hit songs like Angelina, Shordy, Kakyere me, Run run some things, etc.

Another top music groups one can never forget is VIP. The VVIP group initially started out as VIP (Vision In Progress) and was a very popular music group some years back. The group is currently made up of Zeal, Prodigal and Reggie Rockstone. However, there have been other members who had to leave the group along the line.

They have released some hit songs like Skolom, Koliko, Dogo Yaro, selfie, etc. 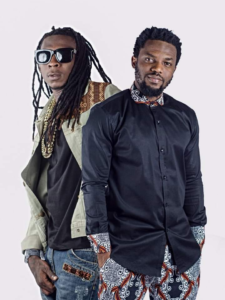 R2Bees is a Ghanaian hip hop and Hiplife duo who happens to be cousins. They are proud tema boys and always try to sell their town to the world just like Sarkodie. Their real names are Faisal Hakeem and Rashid Mugeez. The duo have received alot of notable nominations and won some as well with the 2013 BET nominations making headlines.

They have hit songs like Adey mad, Azonto, ajei, bayla trap etc, to their credit.

Buk Bak was a Ghanaian music group made up of Prince Bright, Isaac Shoetan and Ronny Coaches. They normally rapped in Ga, Twi and Pidgin. The group is credited to be the first Hiplife group to be successful with Ga lyrics.