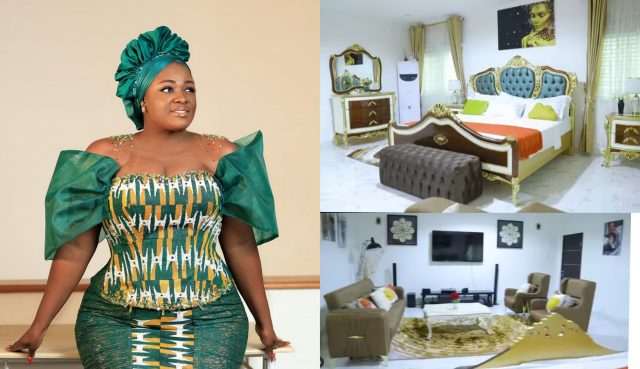 Her title as the East Legon landlady seems to have been under threat a few days ago when some news outlets published that her mansion has been repossessed by “papano”. In her rebuttal, she said rich people do not own just one house suggesting she is not bothered by the news.

Fast forward to a few hours ago and a fan page of hers have Ghanaians an idea of her mansion as she shared a short video of her room nicely designed with a caption as though she was trying to prove a point.

The caption read in part “let me take you through Mrs. Badu Ntiamoah’s Multi million dollar mansion…..” although the video does not give a detailed tour of the said mansion like we saw in Jackie’s case.

Check out the video below

A post shared by She Loves Tracey Boakye ❤️ (@she_loves_traceyboakye_)