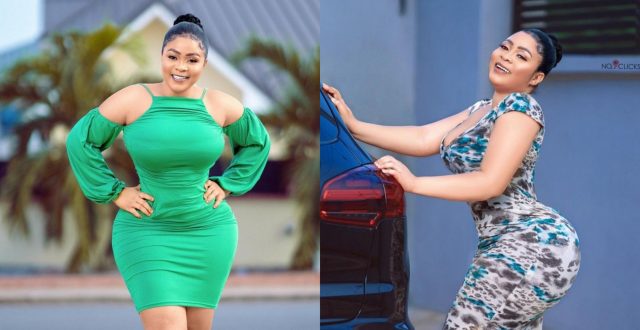 Ghanaian actress and movie producer, Kisa Gbekle has left fans drooling over her recent photo as she flaunts her huge back side in a fresh photo.

The actress, who is a mother of one looks nothing like one who had a child just a few years ago partly due to the huge investment she put in her body. And like the saying goes, “if you have it, flaunt it” and that’s exactly what Kisa has been doing since.

The actress decided to totally confuse her Instagram followers as she posed for the camera wearing a very beautiful black dress that makes it very easy for her fans to see her massive assets and the comments that are coming in shows just how much they love what they are seeing.

One follower simply commented “trumutanka ” comparing her tundra to a tanker 😃