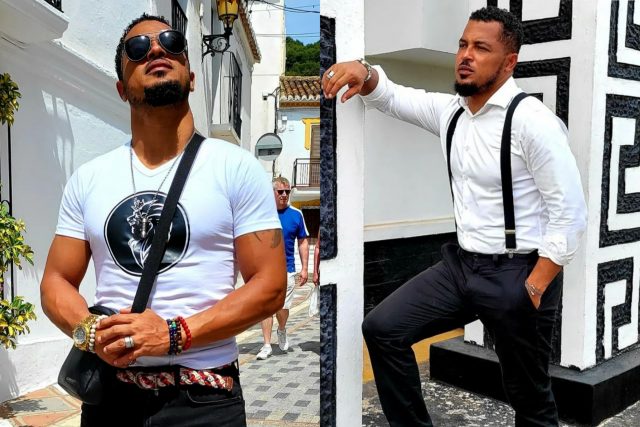 Van Vicker is a popular Ghanaian actor with a lot of experience in the movie industry. He is also a movie director, humanitarian, entrepreneur, communications consultant, Public speaker, Philanthropist, and a marketer.

Van is highly respected in the movie industry and Ghana as a whole due to how well he has carried himself to the extent that you could hardly hear anyone speak ill about him. He is one of the fans favorite as many enjoy his movies no matter what role he plays.

He was born Joseph Fiifi Van Vicker to a Dutch father and a Ghanaian-Liberian mother.

Van Vicker is an old student of Mfantsipim School in the Central region of Ghana  and continued to African University College of Communications. He graduated from AUCC in 2021 with first class honours and got the Best Communication Student Award and Best Student in Strategic Communication.

He completed his masters degree the same year (2021) and is grateful for being able to come this far because he wasn’t able to attend the University in 1997 due to lack of funds. This is because he was being catered for by his single mother at the time.

His acting career started out in the popular TV series ‘Sun City where he played the role LeRoy King Jr. His complexion and stature makes him very attractive is a crash of many viewers. He is a typical lover boy and is an expert when it comes to playing such roles but that doesn’t mean he can’t play the bad boy either.

Van is very comfortable playing all kinds of roles whether as a gangster, rich son, poor son, lover boy etc. and is one of the few Ghanaian stars that can boast of being very successful in the Nigerian movie industry as well. He has featured alongside top Nollywood stars such as Mercy Johnson, Tonto Dikeh, Jim Iyke, Chacha Ike, etc.

Van Vicker is also a movie director and producer under his own production called Sky + Orange Productions which he started since 2008.

He also owns an eatery with his wife called Vantastic Grill on the Spintex Road in Accra.

The actor has featured in a number of movies that makes it impossible to list them all in this biography. His movies include: Cop’s Enemy, Skinned, The Heart Breaker’s Revenge, One Night in Vegas, Discovered, Royal War, Total love, Royal Battle, Princess Tyra, I hate women, etc.

Some notable awards won by him are:

Van got married to his long time girlfriend, Adjoa Vicker way back in 2003 and are blessed with three children.

He has three children with his wife namely J’dyl Vicker, J-ian Vicker and Vj Van Vicker.

Van Vicker’s actually net worth has not beng made public hence we do not have information about that. We will however update this biography when get hold of his actual net worth.