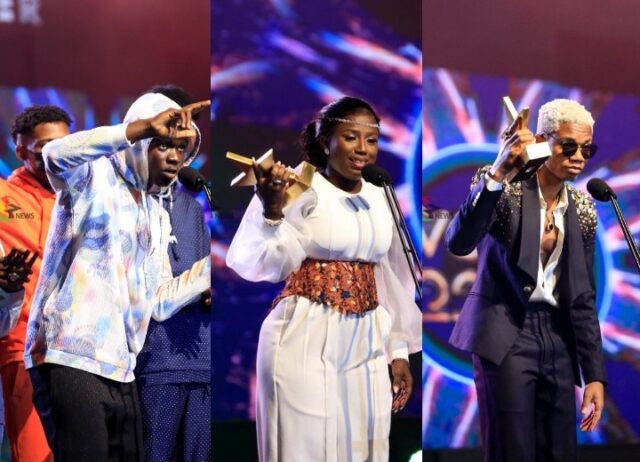 Times are changing and for that matter organisers of the annual Vodafone Ghana Music Awards have also decided to split the event into a two days show and last night June 26, which is the final day saw awards given to deserving winners.

Gospel musician, Diana Hamilton was the winner of the ultimate prize ie. Artiste Of The Year as she beat off competition from the likes of Kidi, Sarkodie, Medikal and others.

Yaw Tog also won his first award at the VGMA last night after a successful year with his Sore hit song.

Best Gospel Song Of The Year

Best HighLife Song Of The Year

Best HipLife Song Of The Year

Best Hip-Hop Song Of The Year

Hiplife/Hip Hop Artist of the Year

Best Collaboration of the Year

Best EP Of The Year

Best International Collaboration Of The Year

Vodafone Most Popular Song of the Year

RELATED POST:   "Give Moesha A Break"- Family Of Moesha Boudong Finally Issue A Statement After Some Allegations Were Made Against Her.

Eno Barony – God Is a Woman

Album of the Year

Vodafone Most Popular Song of the Year-Adom – Diana Hamilton

Artiste of the Year – Diana Hamilton