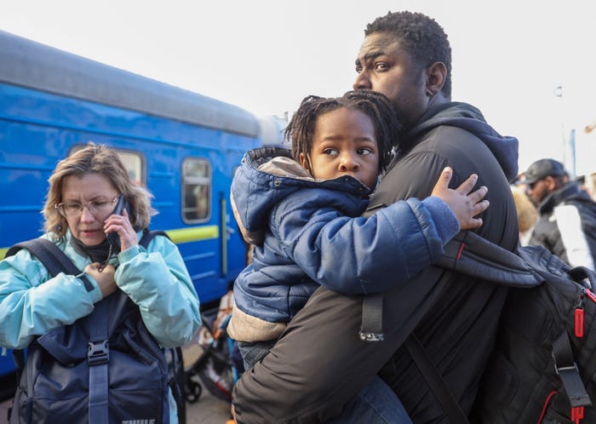 A Ghanaian Student studying in the war-hit Ukraine has revealed how she safely escaped Russian attack to Romania.

Since Russia began the war against Ukraine, there has been efforts to move as many people as possible away from danger to safety. And today, the first batch of Ghanaian students in Ukraine have landed safely in the country.

Life in Ukraine has been tough over the past few days for citizens and foreigners alike and it very evident in this interview this student granted ZionFelix.

She detailed how she escaped safely to Romania border and how difficult life has been.

According to her, she wouldn’t have been able to move to Romania border had it not been her pastor in Ukraine who helped her to move. She also revealed that she only had about $35 at the time.