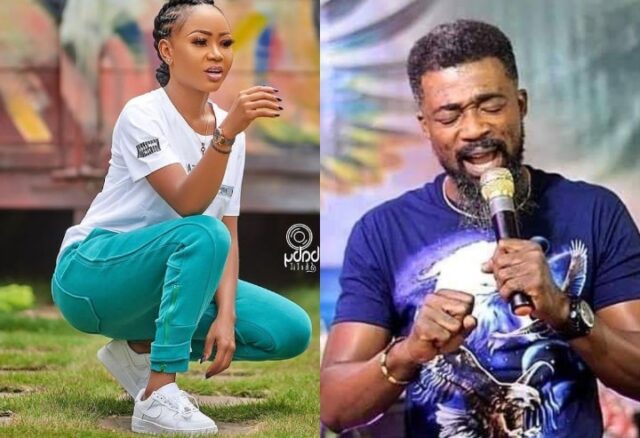 Akuapem Poloo has finally reacted to Eagle Prophet’s prophecy that she will be gang raped and killed.

Akuapem Poloo is in the news again but this time around not because she dropped some nudes or did anything controversial. But rather, finds herself in a supposed prophecy of Prophet Reindolph Oduro Gyebi popularly known as Eagle Prophet.

Eagle Prophet claimed to have received a revelation that the actress and video vixen will be gang raped and later killed by unknown men.

It is surprising how these Prophet’s seem to always make these wild prophecies and Akuapem Poloo has finally reacted to this very one.

She first of all thanked the man of God for coming out to give this “prophecy” but then added that, the same God who revealed this to him will not allow it to come to pass.

She however asks that her fans and Ghanaians remember her in prayers.

For proper context, this same Eagle Prophet is the same person who claimed to have had a revelation that EC boss madam Jean Mensah will be killed in the run up to the 2020 general election.

READ ALSO: Yaa Jackson Gives Bizarre Reason Why Girls Cheat In A Relationship After Allowing Guy To Grind Her.

Another failed prophecy of his was when he prophesied that an earth quake was going to hit Ghana, and the list goes on and on.

It is yet to be seen if his latest prophecy will come to pass or not. Let’s remember Akuapem Poloo in prayers regardless.