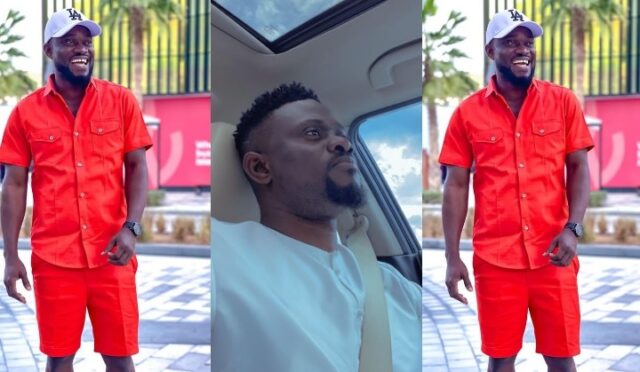 Bismark the joke has revealed the secret behind the wealth of most female celebrities who slay around and explains why most male actors are not as rich as the females.

The comedian and comic actor made this revelations in an interview he had with kumawood star Kwaku Manu.

READ ALSO: “Teach Me Your Ways And I’ll Teach You Mine”-Nasty Blaq To Yvonne Nelson As They Flirt Online. [Photos]

According to the comic actor, most of the female celebrities we see slaying around do not make all their monies from acting.

He alleged that they are sponsored by sugar daddies hence can afford to slay like we see them do. He claimed that the men are not as rich as the ladies because sugar mummies do not approach them.