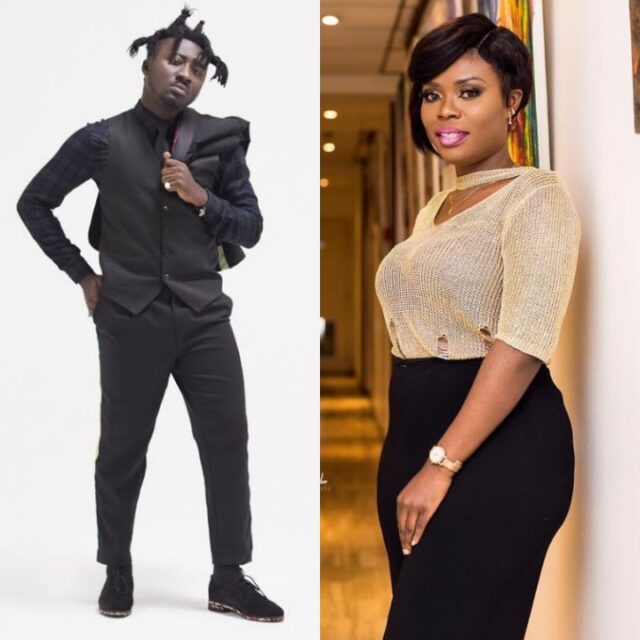 Deloris Frimpong Manso popularly known as Delay has given a funny reason why Amerado cannot marry her if it happens that they are both single.

Delay is No stranger to you all and you definitely know what to expect on her show. One thing that is almost certain to happen on her show is some “grilling” of her guest to get from them all the secrets she can get.

So her next guest on The Delay Show is rapper Amerado who sort of put Delay in a tight position after he suggested that he can end up marrying her. The genesis of the matter was that, Delay asked the rapper if he had a girlfriend which he replied in the affirmative. But then went on to give a weird reason for not wanting to talk about her in his interviews.

He later suggested that who knows he may end up marrying Delay hence the reason why he doesn’t talk about his current girlfriend.

READ ALSO: Forget Her Mighty Fall, Check Out These lovely Photos Of Ruth.

However, Delay was quick to react to his hypothesis saying “do you want to get me arrested? You are 26 and I’m 39, I’m 13 years older than you. How are you going to call me? Auntie? 😂

A post shared by THE BIG MAN IN THE BUSINESS 🇬🇭 (@delayghana)