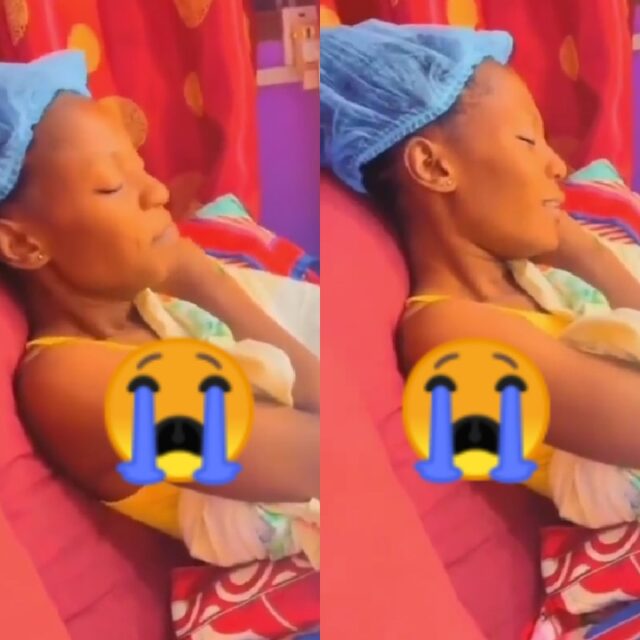 It has ended in tears as a young lady identified as Nana Ama is in premium tears after being dumped by her boyfriend.

Alabigh.com has sighted a viral video making rounds on the internet where a girl is seen crying uncontrollably after being dumped by her boyfriend. The tables has turned after one Nana Ama broke the heart of Sammy about a year or two ago to a guy now breaking the heart of another Nana Ama.

Nana Ama was captured on camera by her roommate crying uncontrollably in bed saying she can’t take it any longer. Apparently, she saved her guys number as “World best” but not even that could stop him from breaking her fragile heart.