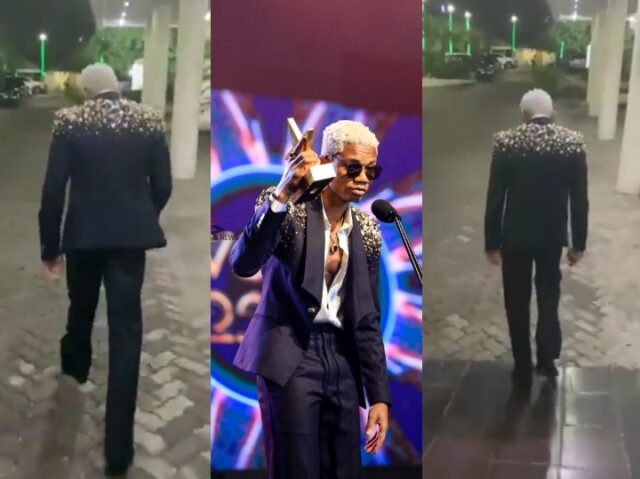 A video of how Kidi angrily stormed out of the auditorium last night after Diana Hamilton was announced as the Artiste of the year has popped up online drawing some funny reactions from netizens.

The girls dem sugar had a great 2020 where he dropped his Blue EP which made great waves both in and outside the country. His good works earned him about 9 nominations going into the VGMA’s.

He had earlier in the year won a couple of awards at this year’s 3Music awards which includes artiste of the year as well. Due to the performance of his  Blue EP, he was confident he was going to sweep alot of awards which he did by the way.

Kidi won four awards on the night and was hoping to crown it with the ultimate, which is the artiste of the year. However, he was unlucky as he was beaten by Gospel musician Diana Hamilton who has set a record of her own.

As is expected, this did not go down well with Kidi as he angrily stormed out of the auditorium to register his frustrations