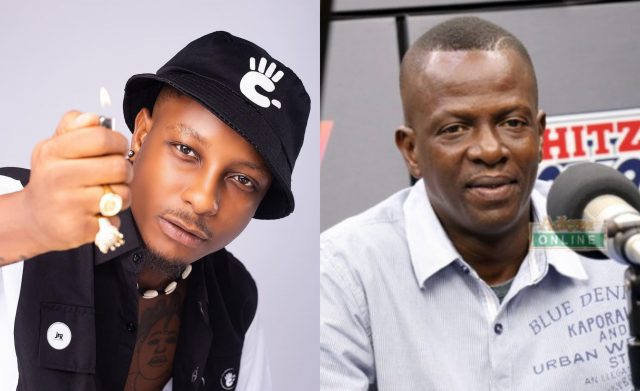 Down Flat hitmaker, Kelvyn Brown, popularly known as Kelvyn Boy has incurred the wrath of many including Prince Tsegah who called him out as been foolish for admitting in a recent interview that smoking is part of his brand.

Speaking in a recent interview on Day Break Hitz with Andy Dosty on Monday September 12, Kelvyn Boy revealed that smoking has become part of him and that if he doesn’t smoke, he will go mad rather than what others believe that when you smoke you’ll go mad.

He said “you see the way people dey think say if you smoke you go mad, Me, if I don’t smoke I’ll go mad”.

This comments did not sit well with a lot of Ghanaians including Prince Tsegah who believes the artiste is very foolish for admitting he likes smoking. According to the programs manager and entertainment pundit, his admission on radio will seriously damage his brand.