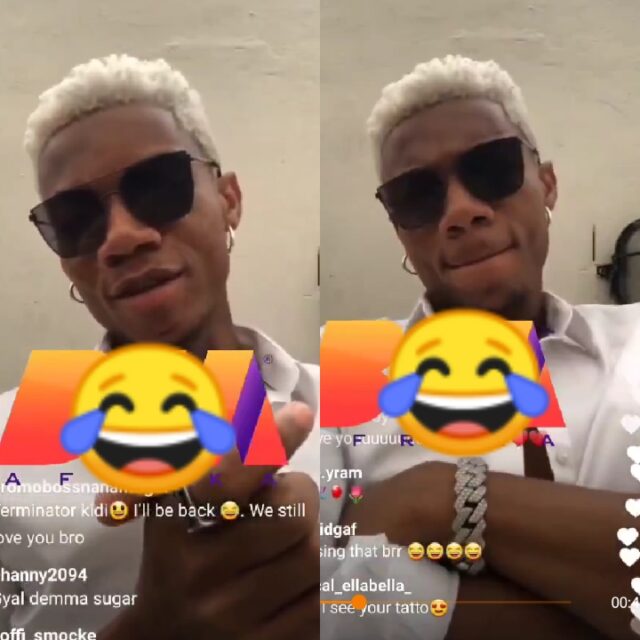 The thing about awards is that you either win or lose and it seems Kidi is quickly trying to forget about his heartbreak from last night by jamming to the same song/artiste who cost him the Artiste of the year.

Kidi aka “girls them sugar” was hoping to win the ultimate prize on the night which is the Artiste Of the year. He faced fierce competition from the likes of Sarkodie, Medikal, Kuame Eugene, Diana Hamilton etc hence he had a pretty fair idea that anything can happen.

However, after winning four awards on the night, he was very hopeful he deserved the Artiste Of The Year. Unfortunately for him, it was female gospel musician, Diana Hamilton who was adjudged the winner amidst mixed reactions from netizens and pundits.

Kidi himself has been trolled by netizens due to his reaction after the announcement was made and has quickly reacted following the incident and the trolls he is receiving.