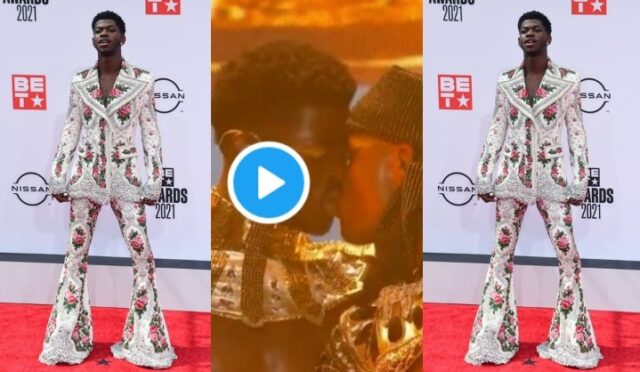 22 year old Lil Nas X took his destiny into his own hands and kissed a male dancer on stage to show he is proud to be a gay.

However, this has not gone down well with some netizens as they went ahead to bash him for betraying his African roots. The “Call me by your name” Hitmaker also paid tribute to Michael Jackson in his performance.

Fellow gay’s and Human Rights activists are very much proud of the young singers bold act. However, anti gays have strongly bashed him for showing his gay on live TV when their kids were also watching the awards show.

He has been strong in all this and has manged to react to a couple of his critics since the incident occurred.

Read these tweets from him after the incident below👇👇

like the song is literally about gay sex what y’all want me to do play the piano while baking a cake? https://t.co/bzStSa3pYY