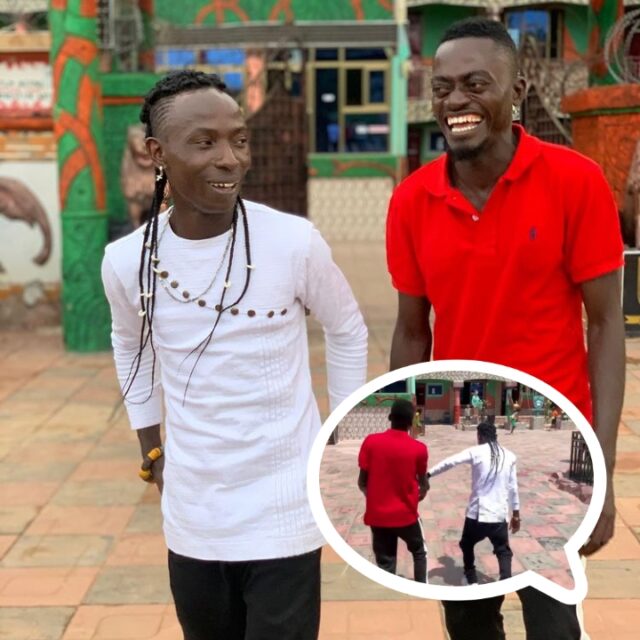 Speculations of a possible collaboration between Kwadwo Nkansah Lil Win and Patapaa intensifies after the later visited the former at his Great Minds School.

The talented kumawood star is one of the best comic actors in Ghana and is loved by many. He has featured in over 200 kumawood movies but somehow still manages to find time to engage in other activities. He is indeed a man of many talents as he does music as well.

Aside acting and doing music, he also owns a school called Great Minds International in Kumasi. However, what got fans talking was after he posted a video of him welcoming Patapaa and his team to his school on his official instagram page.

The link up has got fans wondering if the two are yet to work on a new music very soon which will definitely be a banger.