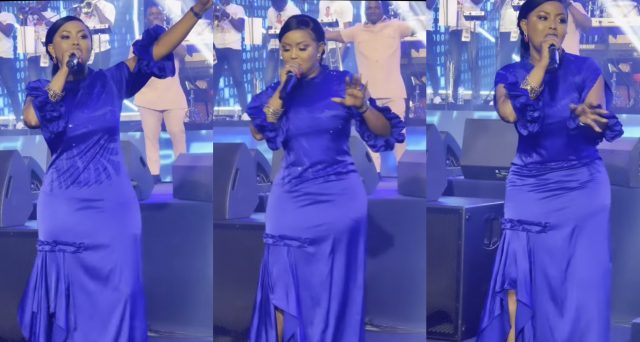 Aside her acting prowess, Nana Ama McBrown is also very talented when it comes to singing and often times makes one wonder why she didn’t go into music in the first place. It doesn’t really matter what kind of genre it is. Just give the microphone to her and she will definitely do justice to it just as she did at Obaapa Christy’s celebration of 20 years in the music industry.

The actress began by giving a brief testimony about her life and how far the Lord has brought her before going on to deliver this heart warming performance that got everyone emotional.