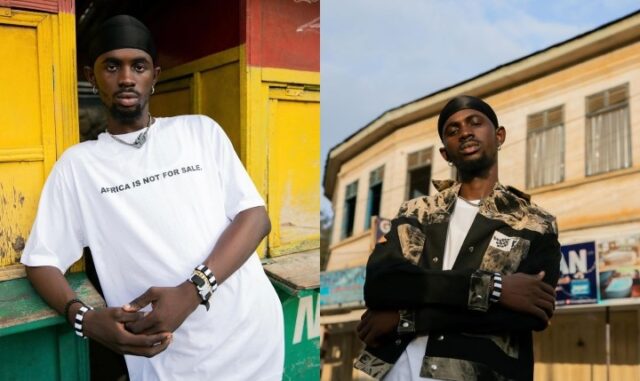 Head of Blacko tribe and man of the moment, Black Sherif has for the first time revealed his struggle with depression before he became who he is today.

Black Sherif has won the hearts of Ghanaians this year with his first and second sermons. He is loved due to the nature of his songs and how he sings from the heart.

To him, that is how best he can attack poverty (aggressively).

In an interview he had with Matilda Mensah, he revealed how he struggled with depression for two months a year ago. Good thing though is that he was able to overcome his depression and is serving us with bangers.

He is not the first Ghanaian musician to have suffered from depression and it’s about time these stars begin to take their mental health serious.

RELATED POST:   Successful Kumawood Stars With Little Or No Education.