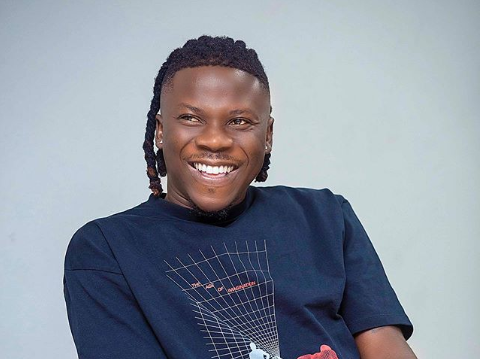 The CEO of Burniton Music Group, Livingston Etse Satekla popularly known as Stonebwoy has set the records straight as he names the only artist he has ever beefed.

Stonebwoy as part of his tour of media houses to promote his upcoming one year anniversary of his ANLOGA JUNCTION ALBUM  was hosted by Abeiku Santana on Okay FM yesterday 18th May 2021. It was on the show that the host tried to suggest that he, Stonebwoy had beefed Samini, Sarkodie and Shatta Wale.

However, Stonebwoy quickly made it clear that the only artist he ever beefed was shatta Wale and that it was only a misunderstanding in the case of Samini and Sarkodie. According to him, it is a mismatch to think of beefing Sarkodie because a rapper cannot beef a Dancehall artist.