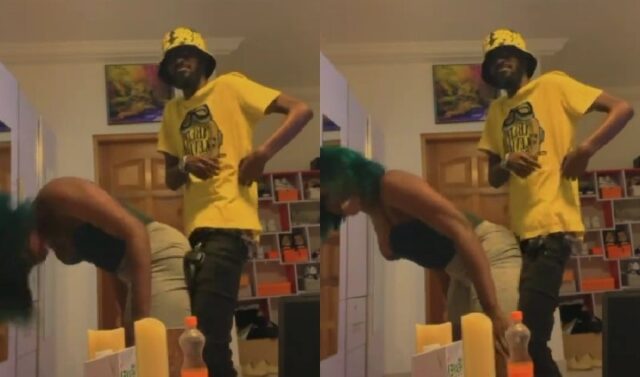 It’s a family affair as Yaa Jackson offers her bortos to her own brother to grind weeks after one of her brothers said she was being used by the devil.

Yaa Jackson and Reagan Jackson have got netizens talking after they were captured on camera grinding. The bond between these two seems to be greater than you’d expect.

They have been captured on camera on countless occasions in positions you wouldn’t expect from siblings.

RELATED POST:   "Give Thanks To Fraud Not Your Effort"- Medikal Blasted For Saying He Misses Being Broke