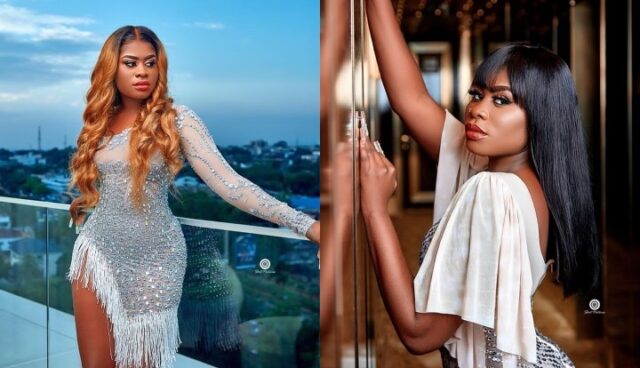 Legendary kumawood movie producer and director, Jackson K Bentum has opened up on his daughter, Yaa Jackson’s way of dressing saying its all showbiz.

However, her father isn’t bothered by his daughter’s dressing as he claims that is not how she is at home.

Her younger brother Nyame K Jackson thinks otherwise though as he recently revealed in an interview that her sister is being used by the devil although she wants to change.

RELATED POST:   "I Want Black Sherif To Pound Me With His Cassava" - Lady Cries Out [Video]